During the European heritage days (19 and 20 september), le Chant des Pavillons performed in a very impressive place. 9 – 9 bis is an old coal mining site which changed as a cultural, musical and heritage project.

The audience appreciated how the Stroh instruments of La Fausse Compagnie were in connexion with this place. A little drizzle and it’s another adventure… until next sun rays ! 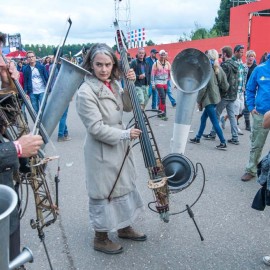 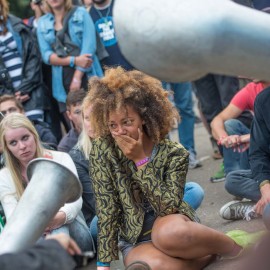 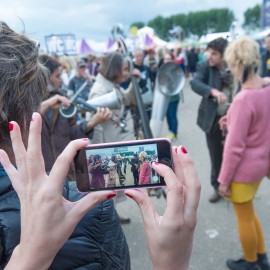